The SMEAR site (Station for Measuring Ecosystem-Atmosphere Relations) is situated in the Hyytiälä Forestry Field Station of the University of Helsinki, in southern Finland. The site consists of a managed, 60-year old boreal Scots pine forest stand, two open oligotrophic fen sites and a humic lake with a forested catchment. In addition to eLTER, the site belongs to the ICOS and ACTRIS infrastructures with four labelled ICOS stations and an ACTRIS labelling process currently beginning. There are also ICP-forest sites within the nearby area, managed by the Natural resources institute.

The main idea of SMEAR type infrastructures is continuous, comprehensive measurements of fluxes, storages and concentrations in the land ecosystem–atmosphere continuum. The forest measurements have operated continuously since 1996, and include leaf, stand and ecosystem scale measurements of greenhouse gases, volatile organic compounds, pollutants and aerosols, in addition to a full suite of meteorological measurements. During the 26 years of operation we have been able to measure processes and their drivers in a wide range of conditions, which allows for both understanding the processes and partitioning factors affecting changes in budgets.

More recent campaigns and projects include a thinning experiment that produced data on forest management on matter and energy fluxes, and a snow removal experiment that revealed the physiological response of trees to reducing snow cover. A set of soil chambers that have  been measuring the continuum between mineral soil and treeless bog  for about a year will enhance understanding of processes such as the effect of water conditions on greenhouse gas exchange. 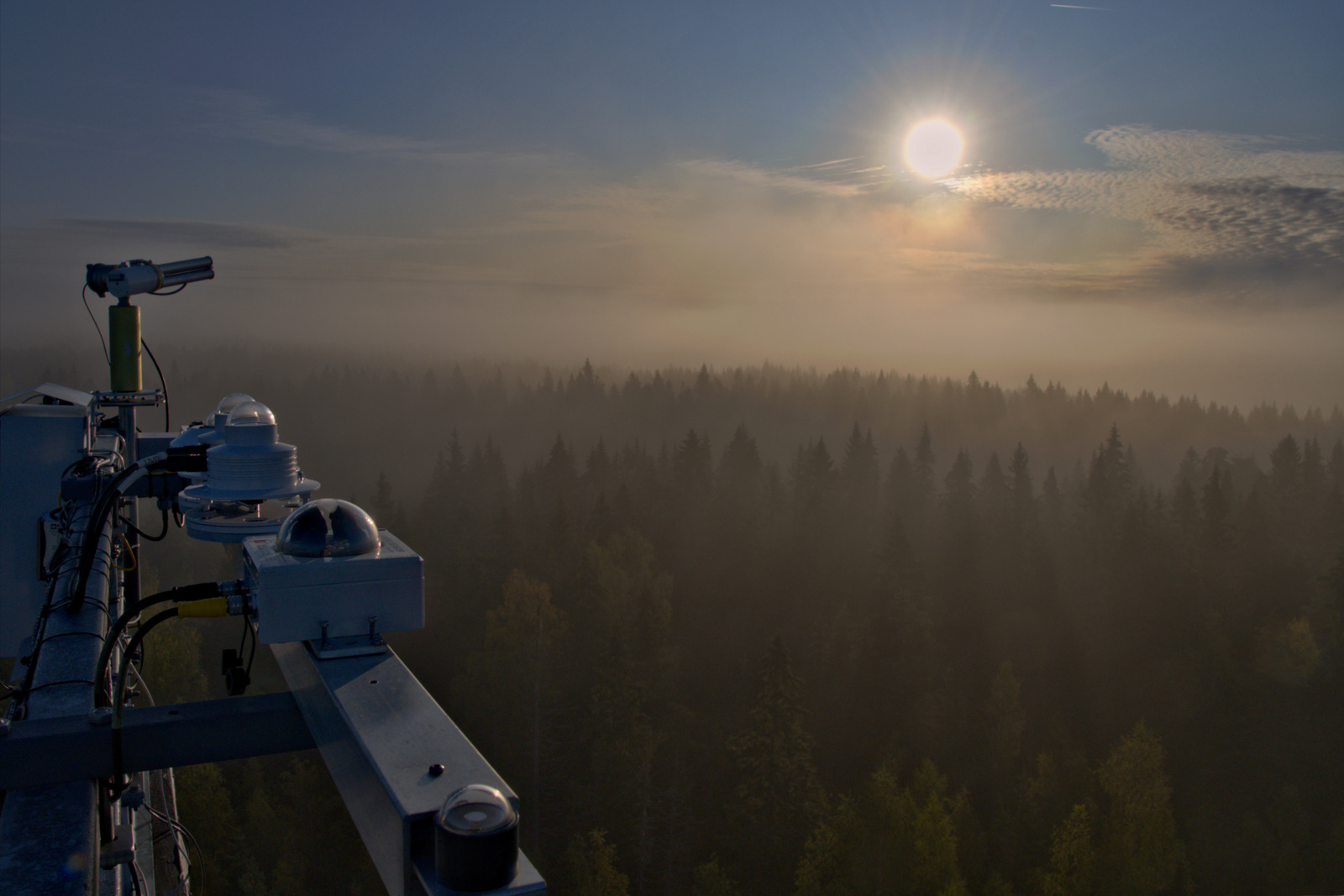